You have your elitists, roadies, pathletes, hipsters…and then there is us…. the other guys.  We like to do a little of everything, but you won’t see us at the front of the pack…in fact; you may not even see us.  It may be that you already went home after the race before we get across the finish line.  You may be so wrapped up in being fast that you won’t even notice us having the best day ever…one spent outside  riding, canoeing or running hiking.  We may be the last to finish, but we will finish (or suffer a series of mechanicals and run out of parts for the bike). So what does all this mean?  Who are we really?

Jim is one of the nicest guys you could ever meet, but don’t let it fool you.   As a highly trained government ninja agent spy assassin, he can change the face of time as he sees fit.  Now I’ll be dead soon since I told you all this…so it’s been nice knowing you.  Since I’m here and still alive, I’ll tell you that if you want the sexiest custom titanium bike around, Jim is the guy to see. 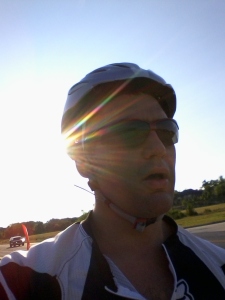 Aaron is the mastermind behind TOG, so this is all his fault. When his call to arms rang out across the realm for mediocre athletes willing to risk life and limb for back of the pack results, we answered. Whether it be cranking out 13 hours of Cedar Cross, jazzing a sweet ribbon (that’s singletrack for all you hodads), or eating delicious animals, he’s always up for a good time. Adhering to his paleo diet beliefs, his speed on the trails can be attributed to his massive consumption of Unicorn meat.

I (Aaron) met Justin on my first century ever (see write up here courtesy of Team Virtus http://team-virtus.com/2012/05/03/34-year-old-virgin/).  Justin is a hell of a guy, and quite fast on his cross bike.  We had a great time that day and I knew that we had formed a solid friendship.  When the idea for the team first entered my head, Justin was at the top of the list for teammates (there were only two on the list, but don’t tell Justin).  We are glad to have him aboard, his skills far surpass anyone else’s in properly blowing stuff up. 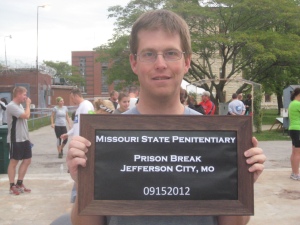